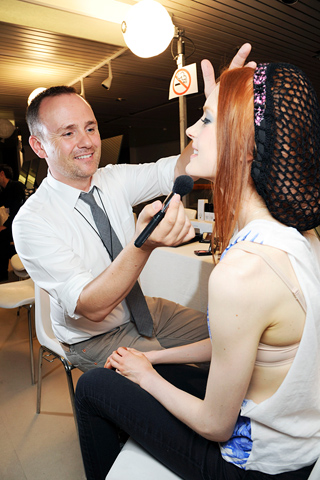 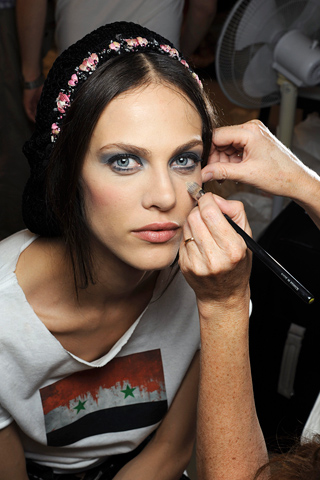 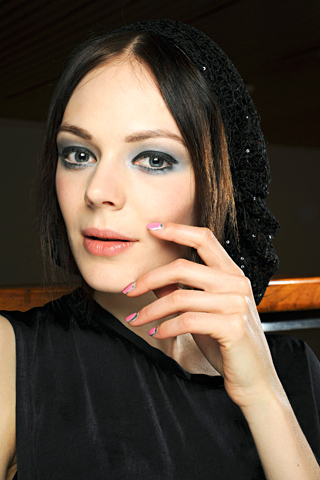 " Philips says of his approach, which focused on familiar makeup elements—a smoky eye, an eyeliner and blush application, a French manicure—made modern.
Starting with a clean base, the face painter concentrated most of his attention on lids, crafting a "blue/gray metallic eye" that began with a dusting of Chanel Ombre Essentielle Soft-Touch Eyeshadow in Furtif that Philips swept across the upper lash line through the crease and dragged underneath the lower lash line.To that, he applied a thick, "bulky" scrawl of black liner, which he topped off with a few swipes of Chanel Inimitable Mascara in Black and an etching of its Kohl Liner in Clair, a pale beige, that he traced along the inner rims to open the eyes a bit. Blending a swirl of Chanel Joues Constraste Blush in Rose Initial onto the apples of models' cheeks, albeit "a bit higher than usual," Philips finished the face with a neutral pout that he framed with its Lip Liner in Natural and filled in with its Rouge Allure lipstick in Evanescente.The show's theme was best realized through Sam McKnight's silver-lined, forties-era hair nets and the nails, where Philips took the idea of the classic French manicure and gave it a touch of now, thus ushering in Chanel's first foray into fashion's continued embrace of the nail art revival. "When we were playing around with the idea of doing a nail polish, we evoked the idea of using two shades on one nail," Philips explained, employing a discontinued chrome color that launched in 2007 to outline the entire nail bed, rather than just the tip, which had been lacquered with two coats of May, a melon varnish from the Spring 2012 show. "[New vintage] is…preparation for something that could last," Lagerfeld explained to our intrepid runway reporter following the show, which we'll take as a sign that nail art isn't going anywhere anytime soon. At least now we have a new design to challenge our manicurist with. 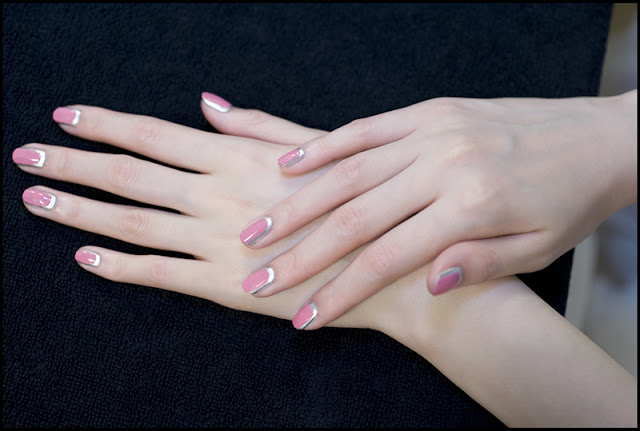 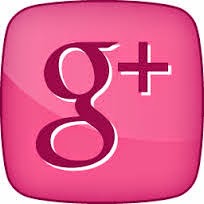 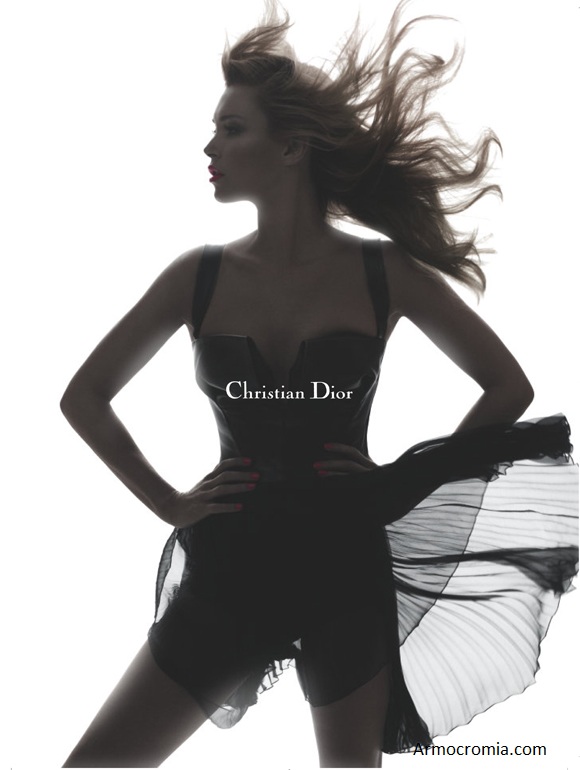 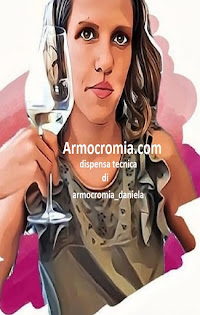 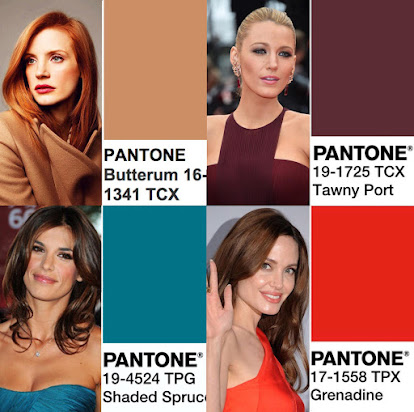